The Louvre Museum in Paris has decided to open a branch in the United Arab Emirates. He has done it with a spectacular building, with a large collection of art.

This first branch of the Louvre is a pharaonic architectural work presided over by a spectacular dome of 180 meters and 7,500 tons. This dome is the main contribution of the SanJose Group to the incredible engineering work. As it is the Pyramid of the Louvre Museum Paris, this dome is intended to be the hallmark of this museum. The San José group explains through its website that this structure made of stainless steel and aluminium is «the symbol of the institution and a constructive challenge both for its size and its complex execution». 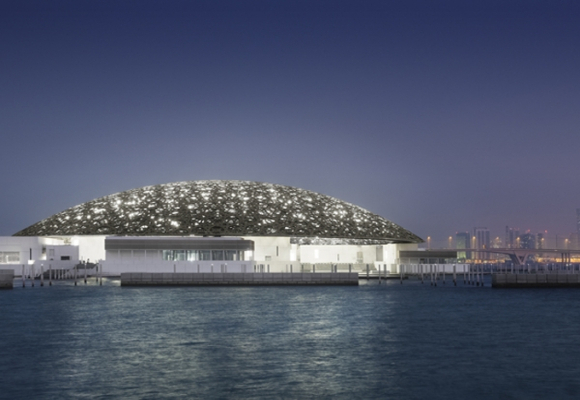 It is a museum complex consisting of buildings, pavilions, squares, corridors and canals that evoke a floating city on the sea inspired by traditional Arabic architecture. It emphasizes its Dome (dome) of 180 meters in diameter, which gives the impression of being suspended in the air, composed of a superposition of different patterns of geometric lace that takes an appearance of mashrabiya and that causes a «rain of light» that floods all the Museum.

It covers a built surface. 64,000 m² with 55 buildings edition. and an area dedicated to the art gallery itself of about 10,000 m². Its architect is the Frenchman Jean Nouvel, and has already received the «Project of the Future 2015» Prize awarded in the first edition of the «Identity Design Award». 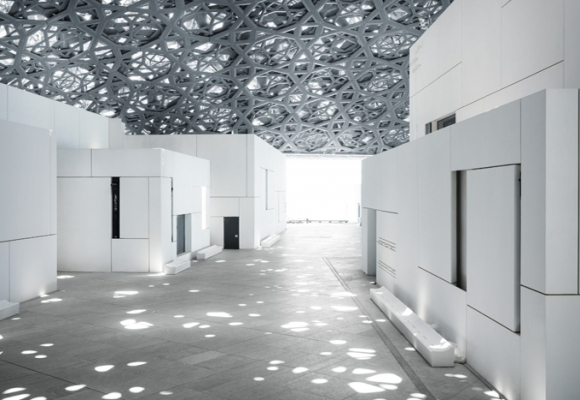 A universal museum
The museum is not, in any way, a copy of the French Louvre; is an individual institution that offers its own interpretation of a universal museum, which reflects its time and the local traditions of the country in which it is located. Its collection, which will include loans from French institutions (rotated every ten years), as well as works from his own compilation currently under development, will be presented in an original way. 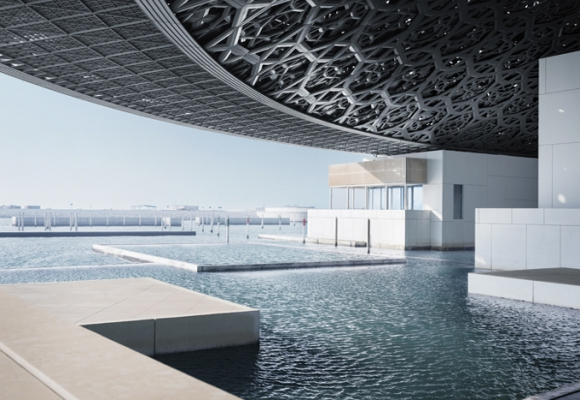 Its uniqueness is based on a global vision of artistic creation. Museums traditionally organize their collections by school, technique and materials, and although this approach highlights the unique characteristics of a series, it does nothing to show the influences, exchanges and circulation of ideas and knowledge. The unique design of the exhibition of the Louvre Abu Dhabi explores the connections between civilizations and cultures that, in principle, seem to be very separated by time and geography, pretending an approach of these cultures, in these times of political and social turbulence. The aim is to achieve a truly universal museum. 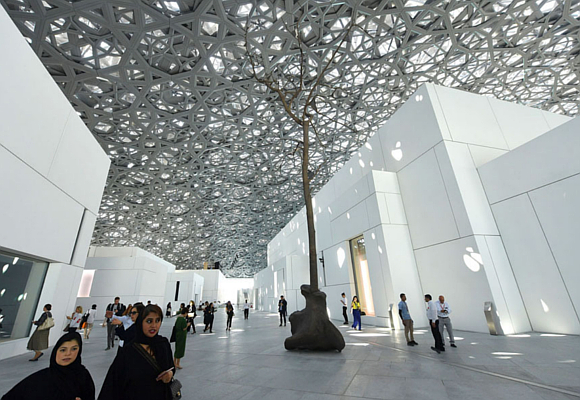 An impressive permanent collection
The ambition of the Louvre Abu Dhabi is to acquire high quality works and build a first class collection worthy of international recognition. An Acquisitions Committee has been formed following the model of the Louvre Museum committee itself. Teams within TCA Abu Dhabi and Agence France-Muséums study proposals and follow procurement practices.

For the moment, these exceptional works include, for example, a gold bracelet with lion figures made in Iran almost 3,000 years ago, a magnificent Virgin and Child by Bellini, paintings by Jordaens, Caillebotte, Manet, Gauguin, and Magritte, a collage of Picasso’s paper unpublished to the public or nine canvases by the American painter Cy Twombly. The collection not only includes pieces from the Middle East and the West, but also works such as the figure Soninke -Djennenke from Mali, a dancing Shiva from India and an octagonal box from China, which brings influence from other geographical regions. The collection is multidisciplinary and extends by all means: in addition to painting, sculpture, upholstery, goldwork, paper collage, etc. 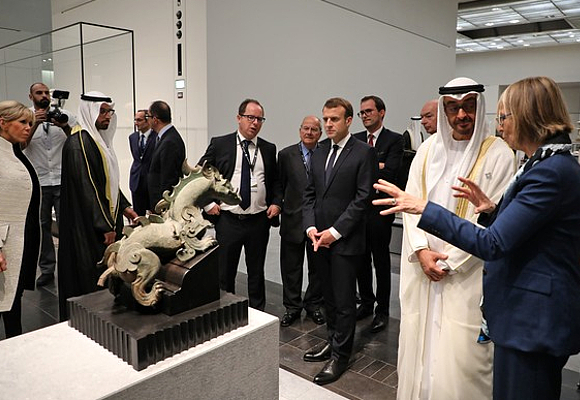 Enmanuel Macron at the inauguration
The French president, Emmanuel Macron, participated, on November 11 at the official opening of the Louvre Museum in Abu Dhabi, in the capital of the United Arab Emirates, where he stressed that this important center of culture and arts that arises in the desert is «a message against all obscurantisms».

«At the time of the opening of the Louvre in Abu Dhabi, I remember a phrase that could define what unites us today: ‘beauty will save the world’, by Dostoevsky,» said Macron, who arrived in Abu Dhabi a few hours before the meeting ceremony. «This Louvre of the desert and of the light is a message sent against all obscurantisms,» the French president added, adding that it also represents the will to unite the cultures of the East and the West.

Brunch in the Clouds

A Luxurious Spa and Fitness Centre

'Between', niños trans frente al objetivo
The wonders of the world, in miniature
Loading...