Mark your calendars, The NYC International Auto Show will be back at the Jacob Javits Center.

In 1900, the New York International Automobile Show became North America’s first automotive exhibition. For over one hundred years, through depression, war, boom-time, oil crisis, recession and growth, it has continued its pioneering tradition of bringing new and innovative ideas to a national and world stage. In the last decade, the Show has boosted the number of new vehicle announcements, broken attendance figures, and increased media attention to extraordinary levels. Combined with the City’s energy, and the fact that metro New York is one of the nation’s largest markets for new car and truck sales, the Show is now one of the most important automotive events in the world.

The NYC Auto Show will be back at the Jacob Javits Center from April 3 – 12, 2015 and there will have some of the hottest cars and trucks ever seen all under one roof. That means more sneak peeks, more brand new ’15 & ’16 production models and more concept vehicles than ever before.

In addition to its place as one of the world’s greatest public shows, NYIAS has expanded its range of world-class trade and industry events. Today, nearly 100 individual events, conferences, industry forums, symposiums, award ceremonies, roundtables, and parties take place during the Show’s press preview week – in addition to the more than two dozen press conferences hosted by the automakers.

No other event brings the business, consumer and lifestyle press, Wall Street’s financial community, the marketing and advertisers of Madison Avenue, and the nation’s largest and most diverse metropolitan population together in such a unique way. The Show offers virtually every make and model vehicle sold in the U.S. under one roof giving consumers the unique opportunity to see everything the auto industry has to offer. From fuel-sipping economy cars to million dollar supercars, NYIAS has something for everyone.

Last numbers released about luxury cars sales shows how 2013 was a record breaking year for some of the luxury auto-industry’s biggest brands. Maserati achieved year-on-year growth of a whopping 145%, as the Fiat subsidiary introduced the new Quattroporte and Ghibli. Mercedes-Benz set an all-new record of over 1.4 million sales, as did BMW, which delivered over 1.6 million vehicles.

In general, the US remains the world’s largest market for luxury cars. Hot on its heels are China and the greater Asia Pacific region, with further growth coming from Latin America and the Middle East. There is even optimism for Europe, which is expected to buck a six-year decline in 2014 to expand by 2%, as demand “gradually” recovers from a two-decade low.

The BMW Group sold more vehicles in 2013 than ever before in the company’s history, an increase of 6.4% from the previous record year of 2012. Despite challenging economic conditions in many European markets, the BMW Group was able to maintain volumes in its largest sales region at the same level as last year, with 858,990 units delivered (-0.7%). The company achieved its best-ever sales in the U.K. (188,837 units, +8.4%). BMWGroup sales in the Russian market also climbed by 11.8% to a record 44,871 vehicles. BMW sales rose 7.5% in 2013 to reach 1,655,138 vehicles, an all-time high for the brand. BMW also achieved its best-ever sales for the month of December, with a total of 155,835 vehicles delivered. The BMW 3 Series Sedan and 5 Series remain segment leaders in their respective categories, as significant gains were also recorded by the 6 Series.

Rolls-Royce delivered 3,630 cars to customers in 2013, up 1.5% to 3,575 vehicles – its fourth consecutive record year and the highest in the brand’s 110-year history. Consistent with the 2013 announcement that production would be maintained below the prior year’s level to preserve the brand’s exclusivity, Ferrari managed shipments to the network down to 6,922 street cars (-5% vs. 2012), including the first 20 units of the special edition “LaFerrari”. North America remained Ferrari’s number one market, accounting for 32% of total sales. Ferrari reported 2013 revenues of €2,335 million, an increase of 5% over the prior year.

For 2013, Maserati posted a 148% increase in shipments to 15,400 vehicles, driven by the success of the new Quattroporte and Ghibli models launched during the year. All markets contributed positively to the significant year-over-year increase, led by the U.S. and China. Revenues totalled €1,659 million for the year, an increase of 120% over 2012.

Mercedes-Benz Cars delivered more cars in 2013 than ever before, with sales of 1,461,680 vehicles – an increase of 10.7% on 2012. The Stuttgart-based premium brand increased its sales in all regions. In key markets such as Germany, the US, Japan and Australia Mercedes-Benz was the best-selling premium brand in 2013. “We look back on the best year of the Mercedes-Benz brand and have surpassed sales of the previous year by over ten per cent», revealed Dr Dieter Zetsche, CEO of Daimler AG and Head of Mercedes-Benz Cars.

Jaguar Land Rover delivered its best ever full year global sales performance retailing 425,006 vehicles in 2013, up 19%. New sales records were set in thirty-eight international markets for both brands, as Jaguar was named the fastest growing brand in Germany, India and the USA.

Jaguar delivered its strongest full year performance since 2005 retailing 76,668 vehicles, up 42%. Land Rover set another full year record retailing 348,338 vehicles, up 15%. Models from both brands received more than 195 international awards in 2013, with the Jaguar F-TYPE the most decorated vehicle.

Bentley sold 10,120 cars in 2013, 19 percent more than the previous year and the fourth-straight year of double-digit volume growth, the Britain-based carmaker revealed to Reuters. Lamborghini increased its deliveries from 2,083 in 2012 to 2,121 in 2013 (+2%), with well balanced sales among EMEA (Europe, Middle East, Africa) 34%, America 36% and Asia Pacific 30%. The U.S. represents the largest single market for the brand, followed by China. 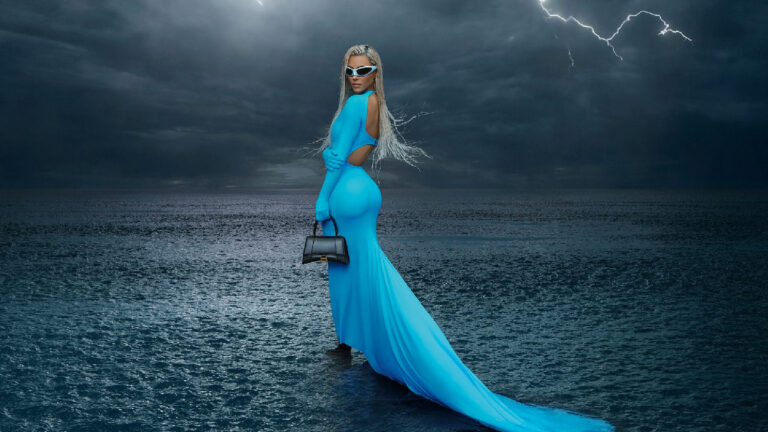